Rees was Herman Makkink's student at the Gerrit Rietveld Academy in Amsterdam. Their teacher-student relationship evolved to that of an artist-assistant. After Rees graduated they became good friends and when Makkink based himself in England in 2000, Rees shared his Amsterdam studio until his death in 2013.

In this exhibition you will see that they were kindred spirit in the way they were inspired creatively. In his early youth, Makkink traveled a great deal and for several years. In retrospect he was amazed how little he noticed of the many and varied cultures through which he passed. For Rees it was very different. His travels in Japan, Korea, Egypt and China proved a major source of inspiration and he has set up his own studio (since 2006) in China.

The reason of this exhibition is the big collection of Makkink's works that SBK has in its archive. Rees has made a wide selection of this and will add his own work to it. These will be partly Rees' previous work together with new works and installations, which he especially made for this expo. A central art piece in this expo will be De Schuilhut. This installation is inspired by Caspar David Friedrich' painting The Snowy Hut.

Both Rees and Makkink were fascinated by  the paintings of Caspar David Friedrich. Makkink referred to his imagery in his drawings and sculptures during the 1970s and early 80s and both he and Rees were inspired by Caspar David Friedrich in relation to their work on habitable sculptures and temporary residences. Individually they have created their own language from this inspiration and it is up to others to see to what extent the vision of the two artists  becomes a shared or  a divergent response.

Rees and Makkink have never before been exhibited together and it is thanks to the rich and important collection of work by Makkink held by the SBK, that this joint effort is now possible. A unique event! 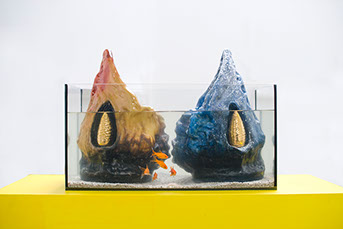 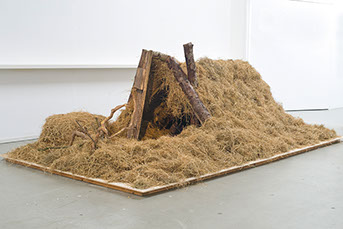 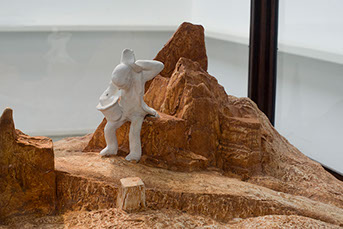 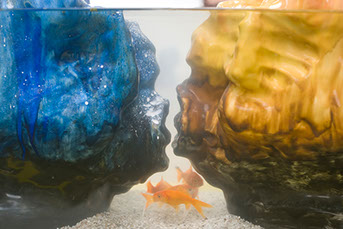 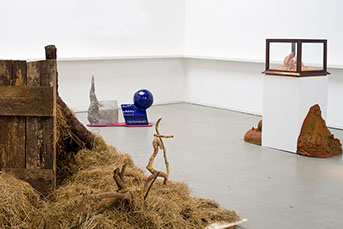 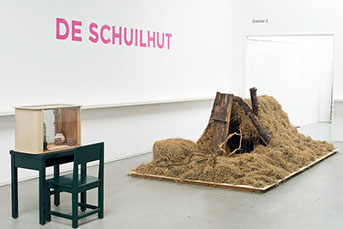 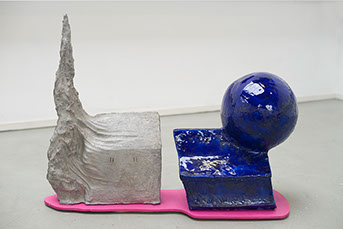 A soundtrack about my imaginary mountain walk with Herman in the Liu Ken Wu valley and mountains in China. Storytelling by Adriaan Rees. Sounds and editing by Leo Anemaet.